A senior scholar, a 70-year-old, described his personal experience in studying mathematics, data, big data, big computing, and making robots. There is no detail of a certain technology, but there is the whole context of the development of science and technology, the thinking of technology research, and the direction of product design.

Prof. Zhang is a doctor of science from Zhejiang University and a postdoctoral fellow in computer science from Hong Kong University of Science and Technology. He has conducted research on visits and cooperation at Microsoft Research Asia and Aachen University of Germany. In recent years, more than 30 papers have been completed, many of which have been included in SCI/EI/ISTP, and have obtained high citation rates. In the CAD & CG State Key Laboratory of Zhejiang University, the theory of digital geometry processing, computer graphics hardware acceleration, 3D reconstruction, visualization and computer vision was systematically studied. The discrete differential equations and convolution theories were successfully applied to fast 3D modeling. Cooperated with Alibaba Cloud to develop a rendering cloud system and participated in Rokid family accompanied robot R&D. 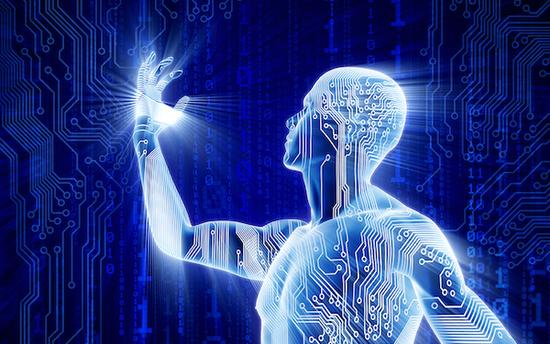 The following is Professor Zhang Hongxin's sharing in titanium confession:

Hello, everyone. I'm Zhang Hongxin from the CAD & CG State Key Laboratory of Zhejiang University. I'm also a scientist consultant for the Rokid Robot R&D team. I thank all the audience, and I would like to thank the titanium media for giving me such an opportunity to work with many of the artificial intelligence industry's big brothers. Share this.

Although I have been doing research on machine learning-related applications for more than a decade, I am still not a true expert in machine learning or artificial intelligence. I can barely be a senior player because my own research interests are mainly in graphics. The field of intersection between computer science and computer vision was later gradually extended to the visual analysis of data. I would like to take this opportunity to reflect my thoughts of this generation through some of my personal experiences, and then to tell some of my superficial understanding of artificial intelligence for everyone to discuss.

After our generation 70, I remember that one of my favorite cartoons when I was the youngest was Astro Boy. The earliest sci-fi movie was the Star Wars trilogy, which was the R2D2 in the movie. Robots and other robots are particularly fascinated. These films have enabled our generation to have the earliest intuitive knowledge of intelligent robots. But to tell the truth, the earliest people did not know what "artificial intelligence" was, but simply thought that it was science. These cute robots will one day appear in our lives and will become good friends of ours.

It was a coincidence that, two days ago two years ago, my good friend, the founder of Rokid, Misa, found me and said, "We are robots." I didn't hesitate to say, "Okay, let's do it together!" Start this interesting exploration journey with Rokid's team. In the course of this exploration, we found that there are many research problems that are promising, so we are now enjoying it.

In retrospect, from elementary school to middle school, as I grew older, I liked to read several magazines that were "Science Pictorial," "UFO Exploration," and "Mystery." I also liked the physics and mathematics behind me. Then, if you are a little older, you like to watch Radio. However, it was later discovered that there are many simple and small productions in Radio. However, the complicated production requires many instruments. It is unaffordable for a junior high school student or a high school student. So I think it's better to take a step back, because mathematics is not a bad one, and we use mathematics as a basic tool to explore the world. Later, I was also lucky. I was admitted to Zhejiang University and studied mathematics. But I had my own wish. That is, at university, there was a chance to meet Misa students because he liked to play guitar as much as I did. I didn't expect two people to work together for many years because of playing guitar.

In the third year of college, around 1996, there was a very interesting thing. At that time, the head of the mathematics department was Professor Chen Shuping. He once asked us a group of students to chat and asked us what we were interested in. When it was my turn to speak, three words suddenly appeared in my mind - robots. Then I said to Teacher Chen that I really wanted to be a robot. Mr. Chen had been stunned for a while and smiled and encouraged me to say, â€œMore professional knowledge is needed in the future, and there is more cooperation with the teachers of automation and computers.â€ Perhaps this kind of encouragement from the teacherâ€™s teacher led me to spend a lot of time. Learn computer technology and minor in electrical engineering.

Therefore, these experiences during the university, planted in today's 70 generations of the current seed of these smart devices, smart technology, only today Rokid's products. It is precisely because of this that we are willing to jump out of our own small circle and combine elements such as electronic devices, computer technology, and many mathematical logics. To tell the truth, it is because we like to play guitar and like music. When we were able to gather people to explore this somewhat deviant, but some cross-border beauty.

It is precisely because of this that I think that artificial intelligence can be simply solved as the automation logic formed by a group of algorithms. It is a combination of software and hardware technologies. Only physicalization is king.