Haili Group, one of the largest robotic factories in Shanghai, currently owns 480 industrial robots. Since 2007, it has replaced 357 first-line jobs, equivalent to nearly 1,000 first-line workers. After 9 years of recruiting the first robot, Haili Group tasted a lot of sweetness: In 2015, the cost of using a robot was less than 60,000 yuan/year, and the cost of using a worker was nearly 100,000 yuan/year. Haili Group, which produces air-conditioning "hearts" - compressors, has one of the largest robot factories in Shanghai. In the view of Highly, the compressor manufacturing industry can still be retained on the banks of the Huangpu River, where the cost is high. Because "recruiting" robotic employees, Haili won a strategic space. In fact, in addition to the industrial robots used in manufacturing, intelligent robots also replace the artificial ones, and more and more people play the role of customer service in the financial and other fields. CCB and China Merchants Bank have thus saved a total of 9,000 manual customer service. "Science Fiction" workshop: 3 workers + 8 robots "Iron arm" is everywhere, workers are scattered. Flip, swing, grab, put down... At a high temperature of 600 degrees Celsius, the Bumblebee's color robot "arm" moves freely, as long as 10 seconds, three or four pounds of silver-white metal coil from take to put to the next Work station, the process can be called "fast and accurate." After a pipeline process, the end of the line was filled with a molded compressor "coat" shell. Each robot here is in a fixed position and can operate two or more devices. 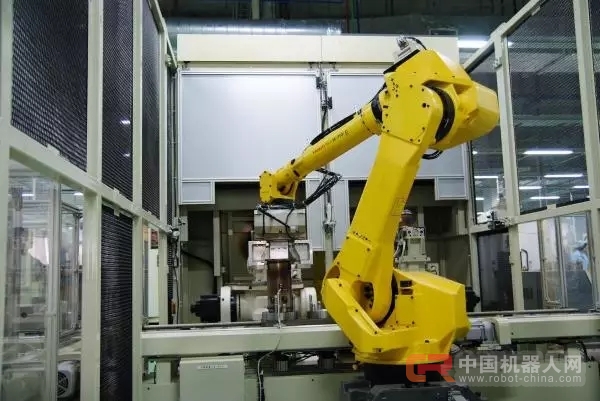