In the past year, in addition to the VR hardware showing a trend of blooming, the Internet industry is not good enough to promote software systems.

Different from the ideas of foreign technology giants such as Google and Amazon, the active layout of domestic Internet companies Alibaba, Tencent and Netease in the VR industry mainly positions themselves on the platform and promotes the development of VR hardware and content through an open platform. Use VR to improve your business usage scenarios.

Perhaps, the failure to find a combination of VR and existing business is an important reason why Baidu is hesitant in the VR field. The layout of Alibaba and Tencent is much simpler and more straightforward. Ali's VR strategy is the Buy+ program, which aims to achieve VR shopping and promote platform e-commerce transactions. Tencent and NetEase's layout in the VR industry is more in the interactive entertainment industry such as live broadcast, games and social networking.

However, in the case that VR hardware is not yet fully popular, most of the usage scenarios remain in the concept and gimmick stage. 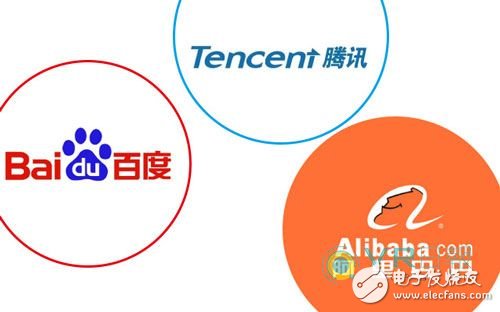 Native business into the core

On November 1 this year, Taobao APP officially launched the "Buy+" mobile version. This version does not require head-up configuration, users only need a smart phone and a simple vr phone box to use.

After entering the system, it is like entering a virtual room. Users can shop at designated malls such as Macy's, Costco and other department stores, and can complete the payment process directly. The 21st Century Business Herald reporter learned that the mobile version of Buy+ is not a full VR virtual experience. Due to technical limitations such as mobile phone performance, bandwidth, and 3D modeling, the background of the store that users see is presented in the form of panoramic video, which can only be specified. Walking on the shopping route.

This is just the initial test of Alibaba's VR application. After the double eleventh, Buy+ went offline from Taobao APP. In the interview with the 21st Century Business Herald, Yuan Yuefeng, the person in charge of Buy+, said that within 11 days, 8 million users experienced the Buy+ function. â€œIn the future, we will focus on the engraving offline shopping sceneâ€.

In the eyes of the industry, consumers spend a lot of time shopping. Therefore, the comfort of the equipment and the richness of the scene are crucial. At present, Sony, HTC and other mainstream vr products on the market are expensive, and whether an online shopping user is willing to pay for this. In addition, product conversion from 2D to 3D poses a challenge to merchants, technology and servers.

Yuan Yuefeng admits that the virtual shopping experience is not mature from technology to market. It is still too early to make this technology suitable for life.

If Alibaba's VR shopping is a icing on the cake, Tencent's layout in VR is more ambitious. In the past two years, Tencent has increased its investment in VR, including the US hardware manufacturer AltspaceVR and domestic travel VR Zan Nadu, Betta TV VR live broadcast. At the end of 2015, Tencent announced its developer program, claiming that it will launch three kinds of hardware: PC host, game console and mobile VR within two years.

In April of this year, Tencent launched the "TOS+" intelligent hardware open platform strategy for smart watches, micro-games, VR, and mobile phones. However, to date, Tencent has not come up with VR hardware that can be used.

In this regard, Tencent related to the 21st Century Business Herald revealed that in addition to VR video, Tencent's VR game team is currently trying and planning, coupled with hardware, the entire industry chain is very long. "VR needs the common development of the whole industry, and cannot rely on the ability of a certain family to cultivate this market," he said.

Waiting for the industry to break out

Du Qiyi, vice president of AI Qiyi and VR leader, Duan Youqiao also believes that VR video is still in the early stage of development, and the VR industry is out of time later than expected. "If there are 100 videos, the number of TV videos may be 20, and VR video. The number may be only 10".

Even if the various conditions of the market are not mature, Iqiyi said that it will continue to increase investment in VR film and television drama. However, as the parent company of iQiyi, Baidu has no other investment in technology and product planning in addition to the â€œVR communityâ€.

Since the beginning of this year, the VR industry has been favored from the first half of the year, and the cautious rationality in the second half of the year, like a roller coaster experience. It is an important reason for the conservative attitude of domestic Internet companies. After all, the education market needs to pay high costs. For Tencent Video, iQiyi, Sohu Video, and LeTV, the emergence of new technologies means that new content is iterative, and it is inevitable to invest in the VR field.

Wang Yuan, dean of the Netease Hangzhou Research Institute, believes that the VR industry will be born with two types of leading companies. The first is the VR hardware company. At present, it seems that the technical level is still not enough. It must be 8K or 16K in resolution to be realistic. Second, the industry's content input companies, such as Tencent and NetEase, such as the platform, the original is good at content, including movies, movies, games, news are in this category, and eventually there may be three or five to eat market share. "I think the expectations for VR are a bit too high now. It takes another three to five years to really mature."

Indeed, the maturity of the VR industry depends on the common improvement of hardware and software. Even BAT, which is heavily loaded with resources and resources, is waiting for the improvement of the hardware base.

Tian Gang, head of Tencent's intelligent innovation business unit, said that what the VR industry needs most now is to work together to develop standards. At the same time, Tencent will fully open its own platform and interface to all partners to provide complete ecological support for VR developers.

On the homepage of Tencent VR, you can see the information of recruiting developers, and you can also see the direction Tencent wants to start: including but not limited to games, movies, communities, live broadcasts, maps, etc.

In general, the VR industry's outbreak expectations have not really come, BAT and other giants are not willing to rush into new areas, adding to the existing business, perhaps their best interpretation of VR.