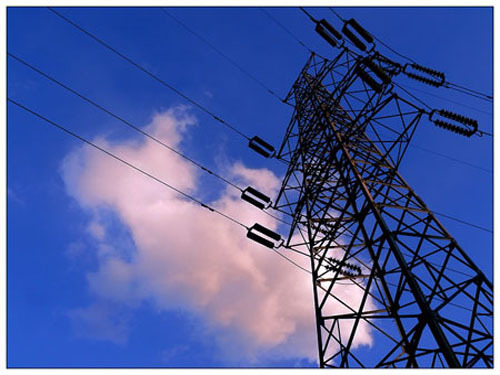 The power grid is the most important support platform for the global energy internet. What changes will happen in the future? Our correspondent interviewed Zhang Yunzhou, president of the State Grid Energy Research Institute, and asked him to interpret it from the perspective of development orientation and technological innovation. The development trend in the energy interconnection landscape. In the interview, Zhang Yunzhou repeatedly mentioned the characteristics of equality, openness, and diversity in the global energy internet. It can be seen that these DNAs that belong to the Internet will roll in the blood of energy.

â€œState Gridâ€: Recently, â€œEnergy Internetâ€ has become the most popular concept in the energy industry. The Internet has penetrated into all aspects of the energy field, but it is exciting and challenging to raise the energy Internet to the global level. The idea is to realize this idea. How will the positioning of the power grid change?

Zhang Yunzhou: Under the global energy internet concept, the development of the power grid will gradually change.

First of all, the global challenge of addressing climate change forces the energy revolution to accelerate. The long-term development and utilization of fossil energy has led to an increasingly serious problem of global warming and ecological environmental destruction. The development of low-carbon energy and decarbonization of energy has become increasingly urgent, and the development of clean energy is urgently needed. In 2014, the global temperature reached a record high, and it was the third time in nearly 10 years that it had set a new record. In this century, the global temperature has risen (pre-industrialization) within 2 degrees.

To meet the requirements of the "two alternatives" and adapt to the changes in the future energy supply, what form will the grid development take?

The so-called horizontal expansion refers to the grid's access to large-scale renewable energy sources, which needs to be balanced in a large area. The volatility and randomness of renewable energy power generation output determines that the large-scale development of power grids will increase the demand for power grid absorption. It requires the establishment of a strong UHV backbone network grid to achieve domestic networking, cross-border, and inter-continental networking, making clean energy It can be developed and used efficiently on a global scale.

Longitudinal penetration refers to the organic combination of a strong UHV backbone backbone and a ubiquitous smart grid. To meet the requirements of ubiquitous distributed energy on-site development, flexible access, and efficient configuration and utilization of power grids at various voltage levels, but also to adapt to large-scale renewable energy power output or access requirements, through various levels of voltage networks , Efficient configuration to the user side, and with continuous upgrading of smart grid technology as a means to achieve a high degree of integration of the voltage level grid.

On the open platform, the power grid will become an intelligent energy allocation platform. It will be fair and open to various types of power sources such as centralized and distributed, and all types of users, so that different entities can enter the market on an equal footing. Equity in choosing trading objects and realizing energy and information The fair exchange of services and the open sharing of network resources; meet the two-way interaction between energy producers and consumers, support diversified electricity demand, and achieve the optimal use of electricity and other energy through intelligent terminal equipment connections.

Overall, in the future, the power grid will exhibit the interconnection and interconnection of backbone grids with UHV technology as the main body. The voltage grids of various voltage levels have a clear structure and clear functions. The system is highly intelligent and reliable, users share resources equally, and the global development of clean energy is fully utilized. Global use of the global configuration platform.

Zhang Yunzhou: Building a global energy internet is an unprecedented large-scale system project, which requires a long period of development. Due to the influence and constraints of resources, technology, economics, and political conditions, the construction of global energy internet needs to be advanced in ways that are easy and difficult to come by. In the areas with good networking conditions and networking requirements, priority will be given to building a global grid interconnection from point-to-face and face-to-face.

While developing transnational and transcontinental backbone networks, it is necessary to constantly improve the ubiquitous smart grids in various countries. The national ubiquitous smart grid is a basic component of the global energy internet. It is widely connected with domestic energy bases, distributed power sources, and load centers. It is the basic guarantee for sending clean energy power generation to load centers.

In addition, an important feature of the global energy Internet is its high level of intelligence. The key to the development of intelligent development is to improve the level of intelligence in all aspects of power generation, transmission, substation, power distribution, electricity use, dispatch, and communications. Utilizing the characteristics of the ubiquitous smart grid, we can realize the on-site development and flexible access of distributed power sources. Everyone can be a producer and consumer of electricity, and ultimately achieve the equal participation of global energy Internet users.

National Grid: What key technologies are needed to achieve such a grand and complex global power system?

Grind your beans and spices fresh without losing any flavor.
GLAREME's powerful Coffee Grinder grinders the entire bean quickly and efficiently.Instead of buying pre-ground coffee, try making coffee with fresh ground beans.It will provide a rich aroma and rich flavor, making the coffee more delicious.In addition to coffee beans, the multi-purpose grinder can also be used to chop or grind nuts, seeds, herbs and spices.The GLAREME coffee grinder is compact and stylish, adding convenience and utility to any kitchen.