VR has become another craze after smart watches. Although there is no shortage of overstatement of virtual reality, it still cannot prevent capital and Chinese manufacturers from flooding into the virtual reality market. The Oculus Rift, HTC Vive, and Samsung Gear experience are excellent but expensive. What changes will happen to Chinese manufacturers? What is the current status of China's VR industry?

Driven by industry and capital, VR is getting hotter and hotter in China, but at the same time there are more and more counterfeiters, and the boasters are becoming more and more rampant. From the concept of speculation, the falsification of parameters, to the squandering of content, financing fraud, etc., none of them reflects the chaos of this industry. Next, Netease Technology has compiled a variety of chaos in the VR industry from the four dimensions of technology, hardware, content and capital. It hopes to restore the truth to the public and the VR industry is pure. 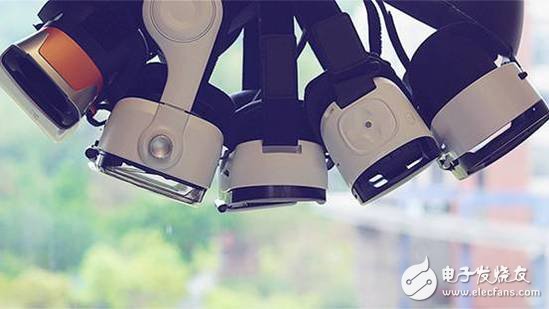 Some people in the VR industry have told NetEase that almost all VR hardware manufacturers in China are blank in their own VR core technologies. These vendors are looking for core databases from foreign VR devices such as Oculus and Samsung Gear VR, and then make adjustments and changes themselves. This is because, in the VR device, the sensor has changed from the traditional X, Y two-axis plane to X, Y, Z or three axes, and each degree has many algorithms. Currently, no manufacturer in China has patience. The strength to create the algorithm under the VR. Most VR devices have parameter fraud. 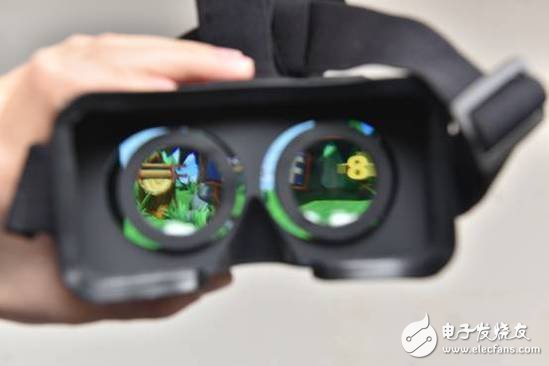 In addition, the delay has also become a place for manufacturers to falsify. Conceptually, latency refers to the time it takes from head movement to the corresponding screen display to the screen, including the screen's response delay and data transfer, computer processing and many other steps. Taking the VR mobile phone box as an example, if the gyroscope that relies on the mobile phone performs the steering simulation, its accuracy and frequency are far from satisfactory, and the mobile phone screen is currently a refresh rate of 60 Hz, which is limited in delay. At present, there are two ways to solve dizziness, which improves the refresh rate and reduces the afterglow. At present, many manufacturers in the industry claim that the delay rate of their products will not exceed 20ms, but the actual experience will not improve the pain point of "dizziness". In terms of field of view (FOV), it is recognized in the industry that an angle of view of 90 degrees can give viewers an immersive experience. But the FOV's large field of vision is not simply done with a magnifying glass. To get a VR immersive experience requires a complete set of optical structural solutions to support. However, many VR boxes are now known as "large field of view", in fact, the remaining light of the eyes can still see the screen border.

In short, even if some manufacturers have a certain foundation in a single technology, but involving multiple technology overlays and algorithms, most VR products are still not satisfactory.

In the hardware products, there is a more serious chaos in the domestic VR market, that is, the VR mobile phone box has begun to flood, which is also a very fatal problem in the early stage of VR. Mobile phone boxes are low-cost and low-cost, especially for companies that do not have the technical content. A pair of plastic lenticular lenses to the box, plus a mobile phone, can turn the smartphone into a VR viewer. Such products are sold at the cheapest price in the domestic market for only a few tens of dollars, but now the VR box homogenization in the domestic market is very serious, the work is very rough, the price diving is serious, and the experience is very poor. According to industry insiders, China's VR box is a heavy blow to the initial experience of VR, which is a huge injury to the VR industry. ã€€ã€€

In addition, from the perspective of PC-class VR devices and mobile VR all-in-ones, there are almost no products on the market that allow users to wear more than two hours. The content is only one aspect. More is that the helmet is too heavy, and there are delays and refresh rate problems mentioned above. Users cannot wear them for a long time.

In addition to the VR helmet, there are also some manufacturers who have recently speculated on the VR concept to bring other products to the VR. For example, Storm Technology recently released three devices called "VR TV", which cost 1999 yuan. As for what is "VR TV", Storm said that this device allows users to view 720Â° panoramic images on the 4K screen of the TV through the Wind Fan App or remote control, and also connect the TV and VR heads through the TV program. Switch the screen.

For this kind of practice, you can only say "always egg." Whether watching a panoramic picture on a flat TV or synchronizing a VR picture to a TV display, it violates the most basic characteristics of VR, namely VR immersion, presence, realism, and the user experience and function of the TV. Did not help. From this point of view, it can be determined that the so-called "VR TV" of the storm is entirely in the concept of hype. In addition, the so-called "VR TV" of the storm is to use the shaking of the mobile phone or the remote control instead of shaking the head. Regardless of the delay and bug of synchronization, just imagine a person shaking his or her mobile phone or remote control, and how glaring the glasses are watching the TV screen. The VR head-display picture is synchronized with the TV picture. This has already been realized in the PC-level VR experience. It is mainly for the staff to help the experiencer interact with each other. Can this be used as a selling point? In short, we can think that the so-called "VR TV" of the storm is the VR concept imposed on ordinary TV. This "VR TV" has almost nothing to do with VR.

In short, whether the VR manufacturer falsely reported the hardware parameters or the data standard does not meet the actual needs, the results are the same. In this industry where the technical and hardware standards cannot be unified and the parameters are arbitrarily boasted, the user experience cannot be faked. How many products can make the user experience smooth enough, and wear it for a long time without dizziness?

PGA Sockets Pin Grid Array Socket
A pin grid array, often abbreviated PGA, is a type of integrated circuit packaging. In a PGA, the package is square or rectangular, and the pins are arranged in a regular array on the underside of the package. The pins are commonly spaced 2.54 mm (0.1") apart, and may or may not cover the entire underside of the package.
PGAs are often mounted on printed circuit boards using the through hole method or inserted into a socket. PGAs allow for more pins per integrated circuit than older packages, such as dual in-line package (DIP).

Antenk's Pin Grid Array (PGA) Sockets
Complex printed circuits are too valuable to risk direct soldering to expensive integrated circuits (ICs). Using a socket is the answer. The use of sockets offers advantages that prove cost effective and simplify board design.


Antenk's Processor Socket line is designed for use with Intel- and AMD-based microprocessor packages. Socket types include land grid array (LGA), micro pin grid array (mPGA), and PGA with low to zero insertion force. The mPGA and PGA sockets are designed for various microprocessor packages for notebook PCs, desktop PCs, and servers. For custom applications, the compression sockets can be configured to the specific application.

mPGA/PGA (ZIF)
These sockets provide a zero insertion force (ZIF) PGA interface to the microprocessor PGA package and are attached to the PCB with surface-mount technology (SMT) soldering. PGA sockets are available in arrays up to 989 positions with single lever, screw driver, and hex wrench actuation methods.
PGA Sockets (LIF)
These sockets are primarily employed for microprocessor package test applications using through-hole solder attachment to the PCB design. The contacts are screw-machine outer sleeves with either stamped and formed or drawn inner contacts. Custom arrays are available in more than 1,000 positions.