Systems that measure and track user interaction and provide feedback to the main control system are known as automotive human-machine interface (HMI) systems. From the user's perspective, these interactions may be conscious (such as when the passenger actively provides input to the system) or subconscious (such as when the system measures the driver's intention without the driver's awareness). In addition, with the increasing complexity of various systems in the car, this requires the system to have better responsiveness and awareness of people's interaction.

Engineers have always wanted to improve HMI systems to make them more intuitive, "cooler" in appearance, and more accurate. Capacitive sensing technology is at the core of this transformation. It has revolutionized the design and implementation of HMI applications.

In simple terms, a capacitive sensor consists of a pair of adjacent electrodes. When a person (or other conductor) approaches the electrode, the capacitance between the electrode and the conductor increases. By measuring this capacitance, the presence of the conductor can be sensed. The ability to sense the presence of objects is the basis for creating a variety of touch sensors. These sensors can be used as buttons, sliders, trackpads and other common interface components.

In addition, capacitive sensing technology can also be used for proximity sensing, where there is no contact between the sensor and the user's body. This can be achieved by enhancing the sensitivity of the sensor. In addition, since this sensor is not limited by the field of view, a single sensor can sense the approach direction of an object in three-dimensional space.

If this technology is used with a programmable mixed-signal controller, it can play a more powerful function. Programmable devices can intelligently measure capacitance, and thus detect multiple indicators of human proximity: distance, approach direction, gesture recognition, and so on. The programmable method can also integrate other functions such as motor control and LED drive to provide users with touch / proximity feedback (see below). Programmable devices also allow developers to reduce current consumption and improve noise immunity by defining optimal sensitivity thresholds and variable scanning speeds, which can greatly improve performance.

Over the past five years, capacitive touch sensing technology has been widely used in automotive infotainment systems, replacing mechanical buttons with touch sensing buttons. Many users are already familiar with capacitive touch control functions in navigation systems, such as "fixed" buttons whose functions change with the menu activation status, sliders for zooming images, and controllers that appear on the main display when needed. These systems control functions such as navigation, audio, HVAC, and overall vehicle management on the vehicle.

Capacitive touch sensing technology can also be combined with mechanical buttons to achieve a more powerful hybrid button (see Figure 1), which can respond to proximity / touch (such as function preview) and actual button press (such as function enable) See below.

These applications can be further enhanced by the use of capacitive proximity sensors. For example, you can turn on the panel of the backlight control (see Figure 2) according to the user's proximity.

Description for Food Processor 7 In 1 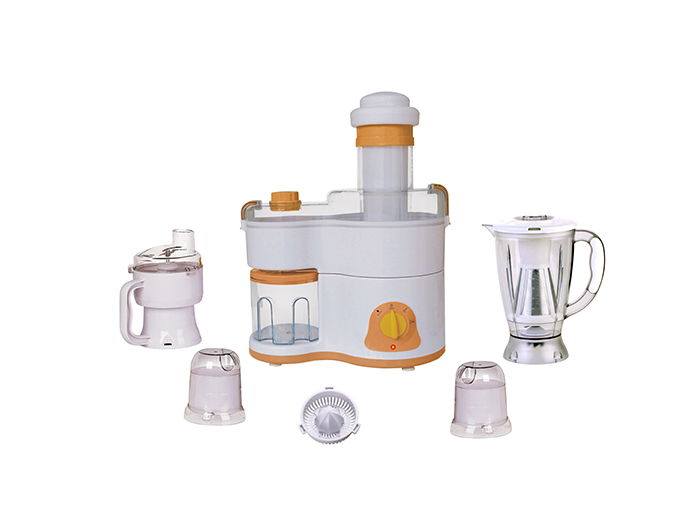