It also summarizes how important TV brands such as Hisense, Skyworth, TCL, and LeTV watch the Olympic Games.

In this regard, Hisense and China's Internet TV in-depth cooperation, relying on broadcast control platform, during the Olympics, Hisense Internet TV users can watch popular events, the first time cheering for the Chinese team. 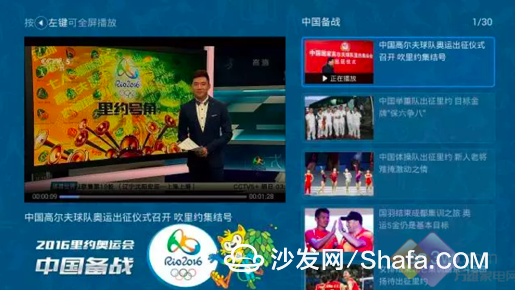 In addition, Hisense Poly has launched a number of Olympic-related topics, including the "China Corps," "Focus on the field," "Zhuqiang expedition" and other daily dynamic schedule of the inventory, but also "fun" on the stadium The snares of internal and external Gonzo events; the real-time launch of the Olympic "Medal List" will allow users to understand the honors earned by athletes from various countries on the field and share the joy of winning the championships in China.

On the eve of the opening of the Olympic Games, Skyworth Chinaâ€™s Dream Series G7 TV is fully listed, interpreting higher, faster, and stronger.

As the first flagship product of Skyworth's China Dream Series, the G7 has 49 mainstream sizes of 49"/50"/55"/60"/65" for consumers to choose from and has a strong performance in all aspects.

As the main sponsor of China's men's basketball team, TCL will open â€œNo C1, no exercise â€” take the front row and cheer for the championshipâ€ from August 5th to 7th in the country. The Olympic theme will benefit from promotions and is suitable for watching Olympic events. 9.9mm ultra-thin curved surface television C1-CUD unprecedented, with the vast number of consumers, Chinese athletes cheer, cheering for the Olympics. 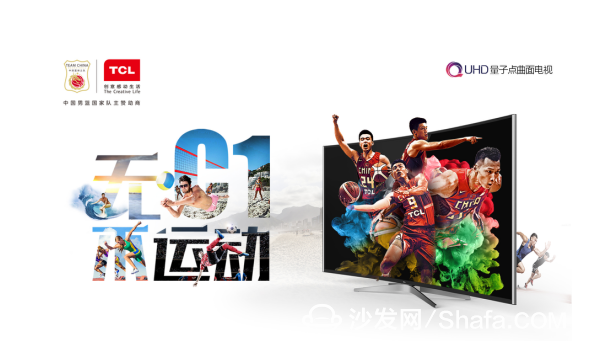 "It feels like sitting in the front row of the stadium, the sense of presence is super." The users who experienced C1 said that watching the game with C1, the rich scene atmosphere was blowing. It is understood that the C1-CUD creatively uses a 4000R gold visual curvature screen with the same curvature as the human eye, increasing the field of view of the screen by 15%. It is also equipped with a moon shadow surface sound to bring greater sound field resonance effects. The feeling of liveliness allows users to feel like being in the game scene.

LeTV is a big player in sports. In order to support the user's ecology, LeTV Sports has long started a buying, buying and buying model. Of course, it will naturally not be missed for the upcoming Olympic Games. 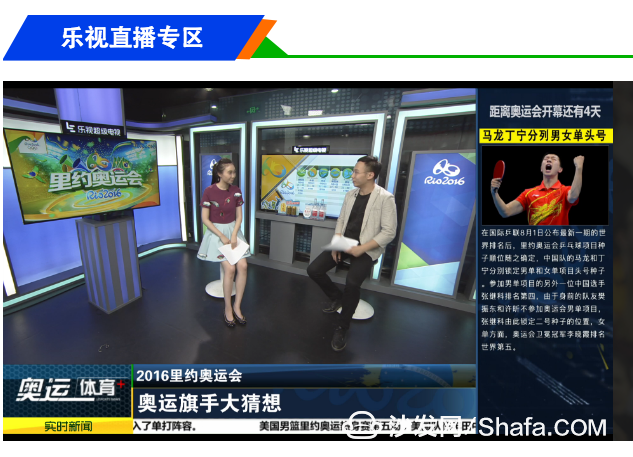 For example, Li Xiang led the "Championship Face to Face" and the first time interviewed the Olympic champion; Gao Xiaosong, Liu Jianhong, and Huang Jianxiang gathered in the "New Sanwei Liaozhai" to create an Olympic talk show; there was also "Chess Brothers" and "Astrology". The "soft sister", "Olympics", "Ways to listen to the map," and other multi-file games that look good and interesting, have now been launched on the LeTV Olympic Games.

The LeTV Olympics Channel is the exclusive new media partner of the China National Track Team, China Badminton Team, China National Bicycles, Fencing, Modern Five, Triathlon and Equestrian etc. Exclusive information for the national team. At the same time, LeTV Sports will also share media and internationally renowned sports clubs within and outside the United Nations to share scarce resources for reporting on the Olympic Games.

In addition to viewing information on the LeEco Olympics channel, users can also shop online, participate in quiz games, and participate in the Olympics event at the offline LePar Experience Store.

Single-axis motion phase stabilizer is a pivoted support that allows the sport cam like Gopro staying stabilized. With a gyro-stabilized gimbal system, it keeps stabilized or steerable horizon with automatic calibration to give you an unprecedented smooth shooting experience. 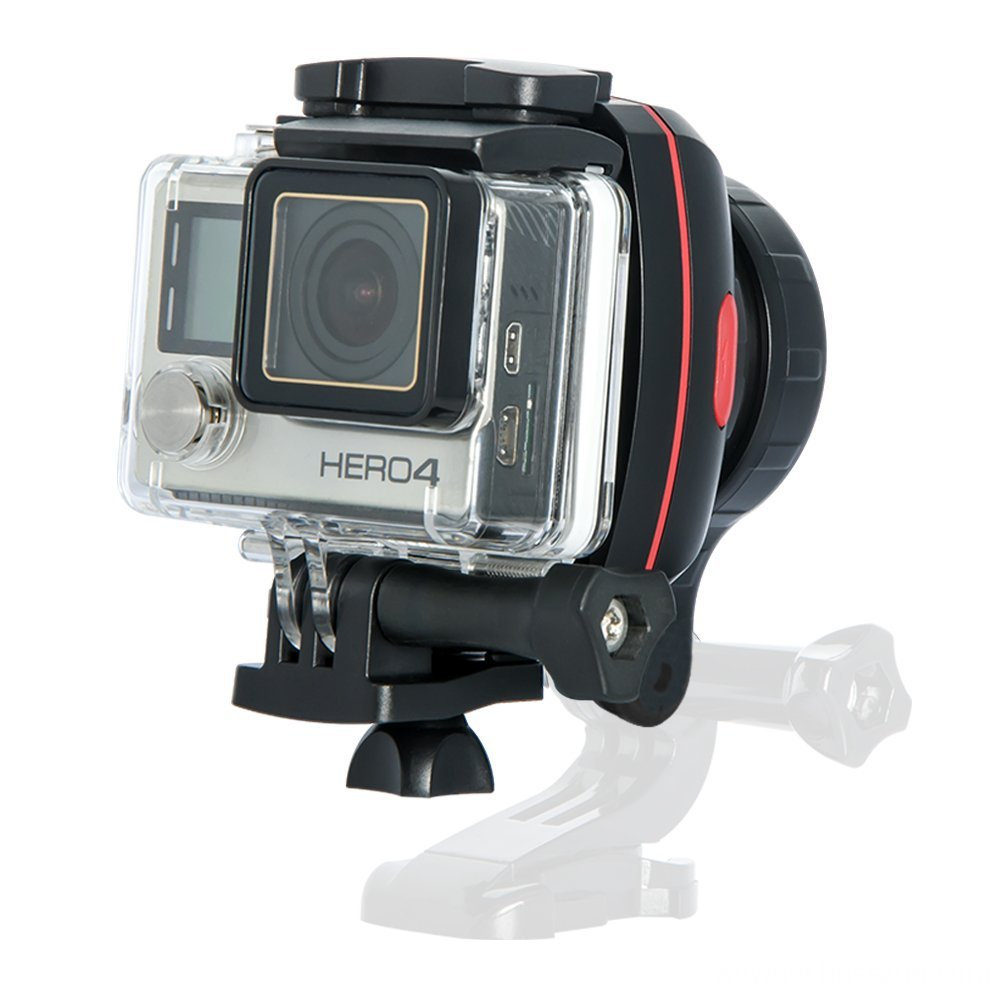 Sport cam gimbal are designed as pocket size, portable and easy to take. You can carry it as easy as smartphone! 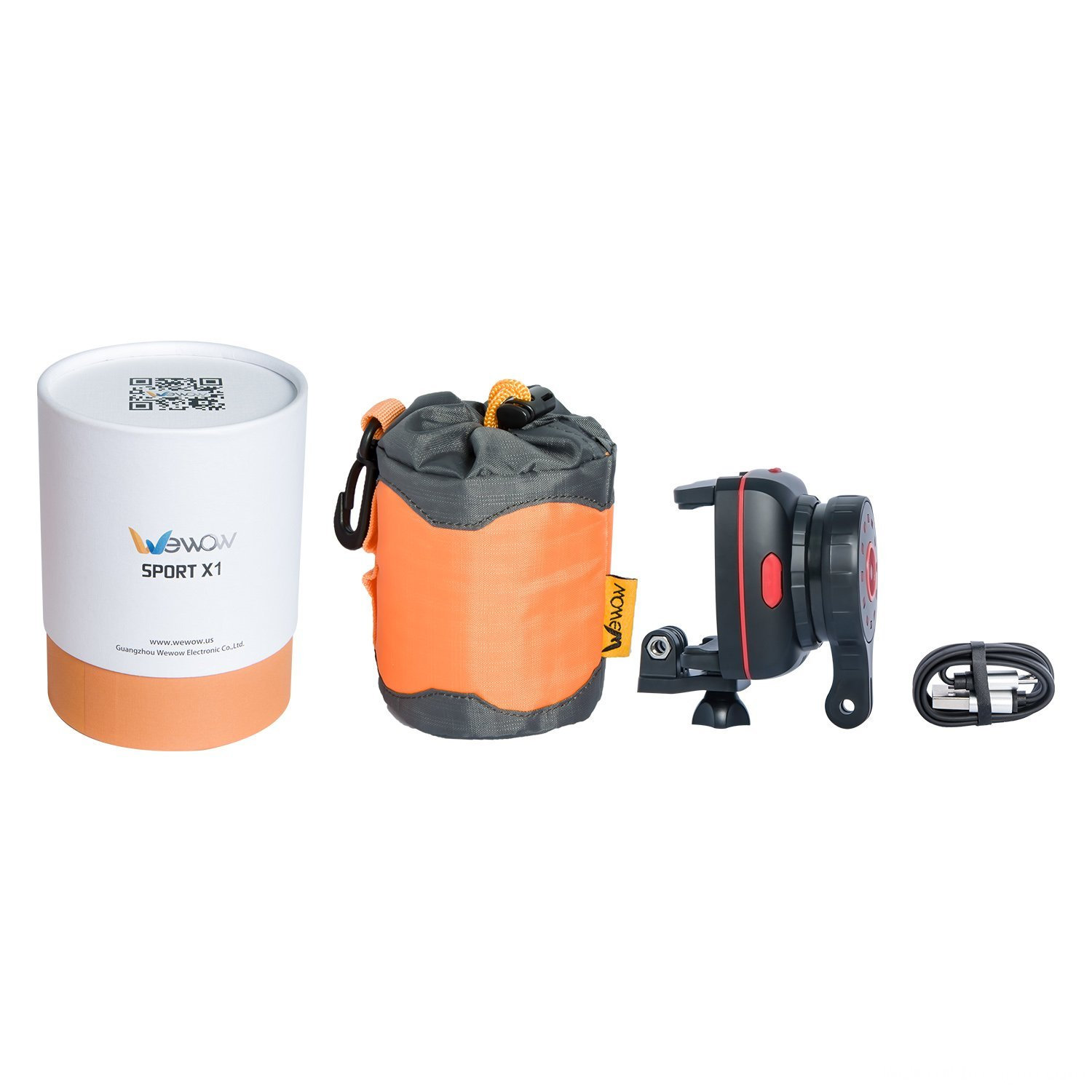 Wewow focusing on handheld stabilizer is a technology company which does R & D independently. With Wenpod series product released, the company achieved the industry's praise and quickly became the leader of the smart stabilizer industry.

3. Shipping date: within 24 hours once get the payment.

If you have any questions, please contact with us directly.